Methods of prototyping and solution validation. When to use which kind of prototype (eg. Webflow, Notion, etc)

One of the most important aspects of design is experimentation. By prototype, we mean a scaled down version of the final product that allows us to test our assumptions and validate our solutions.

Prototyping is an essential tool in any designerâs toolkit, and there are many different methods to choose from, each with its own advantages and disadvantages.

Paper prototypes are one of the simplest and cheapest methods â they are quick to create and can be easily modified. However, they are also low fidelity, which means they might not accurately represent the final product.

Webflow, Notion, InVision, Axure, or other digital prototypes tools are more expensive and time-consuming to create than simply writing on paper, but they offer a higher fidelity prototype that looks and feels more like the real thing.

MVP (Minimum Viable Product) is a term often used in software development, but it can also be applied to prototypes. The idea is to create a prototype with just enough features to test the most important hypotheses. This method is usually quicker and cheaper than creating a high fidelity prototype, but it might not provide all the data you need.

The best prototype is one that strikes a balance between fidelity (how close it is to the final product) and speed/cost of creation. It also needs to be appropriate for the specific experiment youâre trying to run.

Find mentors who can help you with Prototyping Methods And Tips 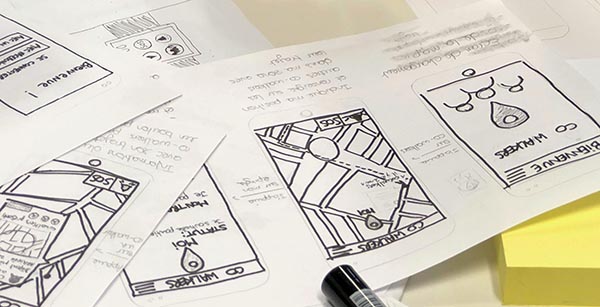