From Push to Pull 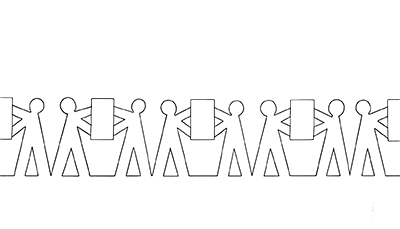 Also called: Just-in-time, Build to order, Made to order

How: Build up capability to respond rapidly to customer demand by minimizing inventories and decentralizing needed research, development, and production.

Why: Focusing on and responding to customer pull helps build an ongoing relationship between customers and the brand while keeping unsold inventory to a minimum.

Most people are aware that there has been a shift from a vendors’ market to a buyers’ market, and that this shift requires a change in approach to demand-driven selling. However, the challenge remains of how to adapt to these changes in a way that is consistent with a proper business model.

The ‘Customer is King’ Paradigm

The From Push to Pull pattern focuses on the idea that “the customer is king,” making this idea central to all decisions within the enterprise. This includes decisions related to research and innovation, new product development, production, logistics, and distribution.

Figuratively speaking, we might imagine the customer pulling on a long rope that sets all company processes in motion, shaping the value proposition in the process. This is in direct contrast to the push strategy, which follows a “make-to-stock” approach.

If a company wants to switch from “pushing” a value proposition on its customers and instead employ a “pull” strategy, it needs to have a flexible and responsive value chain. As a result, inventory costs will go down and non-value-adding activities will be eliminated.

The pull philosophy must be implemented at every phase of the value chain. The production process, for example, will take a very different shape depending on where along the value chain the “decoupling point” is set. This point determines at which point the pull strategy is implemented and production is dictated by present demand. In other words, the decoupling point determines the “push-to-pull boundary.”

The From Push to Pull approach requires a change in perspective, focusing on producing only what customers want in as efficient a manner as possible.

A Pull strategy to Product Development

The pull strategy can be applied to all aspects of the business, including product development processes. Open innovation and engineer-to-order projects are two ways of including customers in the earliest phases of development without involving intermediaries or other third parties.

Customer Demand as a Pull strategy

When customers actively ask for products from a company, this can also be considered a pull strategy. Marketing or other means can be used to spark customers’ interest and encourage them to suggest a product. This approach is often used by consumer goods manufacturers who market their goods directly to customers, thereby increasing retail demand for their products. This, in turn, means that retailers are more likely to allocate shelf space to these products.

Where did the From Push to Pull business model pattern originate from?

The terms “push” and “pull” have their roots in the realm of logistics and supply chain management. The former refers to a strategy where production is initiated by forecasting demand, while the latter is driven by actual customer demand.

Toyota is perhaps the most well-known proponent of pull strategies, having developed a production system in the aftermath of World War II that would propel the company to the top ranks of global car manufacturers. In the face of weak domestic demand and resource shortages in Japan, manufacturers were forced to find ways to produce goods as efficiently and cost-effectively as possible.

To this end, Toyota implemented the “Supermarket model,” which called for the production of goods on an as-needed basis in response to customer demand, thereby minimizing internal inventory. This approach necessitated a complete restructuring of the company’s value chain in order to eliminate waste and reduce costs while maintaining a customer-centric focus. Key elements of the Toyota Production System included just-in-time (JIT) production, minimized cycle times, Kanban logistics for reducing inventory, and total quality management (TQM).

The result was a highly agile production system that allowed Toyota to quickly respond to changing customer needs and market conditions. By only producing what customers ordered, each step in the fabrication process was directly triggered by the previous one, starting with the customer’s order. In addition to cutting inventory costs, this approach also prevented overcapacity, freeing up capital for other uses. Toyota’s production system has remained the gold standard to this day.

The Toyota Production System & inspired others

The success of the Toyota Production System spawned a whole host of tools and methods that together formed a business model that has served as an inspiration for many companies. The model has been copied by firms such as Bosch (which refers to it as the “Bosch Production System,” or BPS) and adapted by others, such as BMW for its premium models.

Applying the From Push to Pull business model

The “From Push to Pull” business model aims to shake up your entire value chain, helping you to eliminate waste and embrace a customer-centric approach that can be applied in any industry. For manufacturers dealing with limited product variety, steady consumption levels, and high inventory costs, the greatest potential for improvement lies at the front end of the value chain, in production and logistics.

Pioneered the personal computer industry by allowing customers to configure and purchase their PC online with three- day delivery.

Specializing in the sanitation industry, Geberit made a switch from targeting wholesalers and hardware stores as intermediaries to directly approach decision-makers in the construction industry, including architects, builders, and plumbers. By eliminating intermediaries in distribution and gathering customer feedback through various methods such as training, customer support management, and software support, Geberit was able to successfully shift from “pushing” products to being “pulled” by qualified customers.