Pay What You Want

Let the buyer set the price 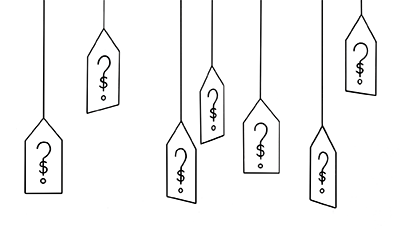 How: Rely on the existence of social norms and morals and let customers influence the price they pay for your product or service. Consider putting a minimum floor price in effect or providing specific price tiers to choose from.

Why: Attract a higher number of customers as it is easier to meet the customer’s willingness to pay.

In the Pay What You Want business model, the onus of determining the price to be paid for a product or service lies with the customer. The vendor, in turn, commits to accepting the price offered, regardless of whether it is zero or significantly lower than the actual value of the offering. While a price floor or suggested price may be provided for guidance, the customer ultimately holds the power of discretion.

This model of pricing can be particularly effective in competitive marketplaces where products have low marginal costs and a strong relationship exists between vendor and customer. The Pay What You Want model has been shown to attract a wide customer base, as it allows them to exercise control over the cost of the product or service.

Contrary to popular belief, customers do not typically take advantage of this business model. Research has shown that prices paid for Pay What You Want services differ significantly from zero. Social norms such as fairness serve as a form of control mechanism in the pricing process. Additionally, customers often base their prices on the cost of comparable products, and perceive Pay What You Want schemes as advantageous as they are enabled to control incidental costs.

For vendors, the Pay What You Want model can have the added benefit of generating positive press and an increase in custom. This, in turn, can lead to a marked increase in revenue and customer loyalty.

Where did the Pay What You Want business model pattern originate from?

The concept of Pay What You Want has been in existence for a considerable period of time, with examples such as money given to buskers or tips to waiters. However, it was not until the early 2000s that the Pay What You Want model was first applied commercially.

This occurred at One World Everybody Eats, a restaurant based in Salt Lake City, which opened its doors in 2003. One World Everybody Eats not only allows customers to pay what they want for their food and drinks, but also allows customers to pay in kind, such as volunteering to wash dishes or work in the garden. This concept not only makes good food accessible to those who are less fortunate but also promotes the idea of community and social responsibility.

Applying the Pay What You Want business model

The Pay What You Want model is rooted in the belief that customers have the ability to understand the value of a product and will pay an appropriate amount for it. This model is primarily applied in the B2C consumer market, but also has applications in the B2B sector.

Pay What You Want in B2B

The Simplicity of Pay What You Want Pricing

The Pay What You Want model is straightforward: provide a high-quality product to customers, allow them to enjoy it, and then give them complete discretion to pay whatever they desire for the product. No bills, no demands, and no pressure to pay - the customer is given complete autonomy to decide if, and how much, they would like to pay.

The business logic behind the Pay What You Want model is twofold:

However, this transfer of power can also be a double-edged sword. With PWYW pricing, there is a risk that some customers may take advantage of the system and walk away without paying anything or underpaying significantly, causing financial strain on the business. Additionally, other customers may feel uncertain about what the appropriate price is and avoid the product altogether.

Common successful applications of the Pay What You Want model

There are certain instances in which the model has shown to be effective.

It is important to note that while the Pay What You Want model can be an effective strategy in specific instances, it is not a suitable pricing model for most companies. It is often used as a specialized pricing strategy for specific reasons, such as filling empty seats or raising money for charity.

Video game bundles are offered for a price determined by the customer. When the average price is beaten, extras are awarded.

At the once-financially-viable non-profit café and bakery, customers were told to pay what they wanted for their meals.

Restaurants in the UK

Restaurants all over England use Pay What You Want pricing model to sell food they would have thrown away, doing two positive things at the same time: generating additional revenue and reducing food waste

Source: In the cafe where you can pay what you want, what would you choose?

The British rock band famously employed the Pay What You Want model in 2007 with their album, “In Rainbows.” Fans were given the option to pay whatever price they chose for the album, and the band found that even though the average price was less than market value, the album was downloaded more often than all of their previous albums combined, resulting in increased popularity.

The online music service allows unsigned artists to promote their music by uploading songs to the website free of charge. Fans can download tracks and donate money in return, while also supporting the artists by providing their contact information, testimonials, and spreading the word through social media links and widgets. NoiseTrade receives revenue from website advertising and commissions on donations.

At the once-financially-viable non-profit café and bakery, customers were told to pay what they wanted for their meals.