Use the strength of an attacker against him or her 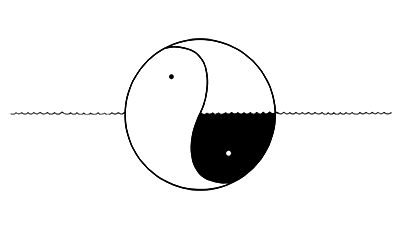 How: Offer something diametrically opposed to the image and mindset of the competition. Aikido is a Japanese martial art, in which the strength of an attacker is used against him or her.

Why: Your unique value proposition, which nobody else is doing, will help attract customers who prefer ideas or concepts opposed to the mainstream.

Aikido, a Japanese martial art characterized by the use of an opponent’s momentum to one’s advantage, can also be applied to business. This refers to products or services that depart significantly from the norm within an industry. By occupying a position diametrically opposed to competitors, such a business model avoids direct competition and can catch rivals off guard with its unconventional approach. This “otherness” may render traditional differentiators, such as superior quality or lower prices, ineffective. The Aikido principle can be seen as a form of differentiation that involves the adoption of elements from other industries.

Where did the Aikido business model pattern originate from?

The use of an unconventional approach to defeat one’s rivals is a tactic as old as time. The Biblical tale of David and Goliath is a prime example, with the former using a slingshot to exploit the latter’s unfamiliarity with such a weapon.

In the business world, Six Flags has successfully employed the Aikido model. The American corporation, which operates more than 20 amusement parks in North America, differentiates itself through its focus on regional themes and customer accessibility. This strategy stands in contrast to the nationally-oriented approach of competitors such as Disneyland. By catering to local customers and allowing for more frequent visits, Six Flags is able to generate higher revenues with less marketing expenditure. Additionally, the company’s reliance on regional themes enables it to maintain a steady stream of visitors even during low seasons.

The Aikido pattern, which involves using an unconventional approach to gain an advantage over one’s competitors, can be a compelling strategy.

However, it also requires a great deal of courage and the ability to think creatively. This pattern can be applied to any industry, but it is important to regularly assess one’s market position and be open to adjusting course if necessary. While it can be tempting to veer from the established path, it is essential to consider the potential reasons for the success of one’s rivals. Market checks are always crucial, but they take on even greater importance when implementing the Aikido pattern.

Swatch, a Swiss manufacturer of designer watches, offers moderately priced timepieces that have redefined the image of watches as fashion accessories. Swatch follows the Aikido business model by offering high quality products at lower prices, appealing to a wide, fashion-conscious market and encouraging consumers to own multiple watches. This approach has enabled Swatch to increase its revenue and profits by attracting a diverse customer base.

Cirque du Soleil, a cultural phenomenon that combines elements of opera, ballet, theatre, and street performance with classical circus arts, uses the Aikido business model to great success. The company avoids the costly animal performances and star artistes typical of traditional circuses, instead creating an entirely new entertainment experience. By appealing to a wide range of audiences, including adults and corporate customers, Cirque du Soleil is able to save costs and increase revenue.