Charge for consumables, not the product 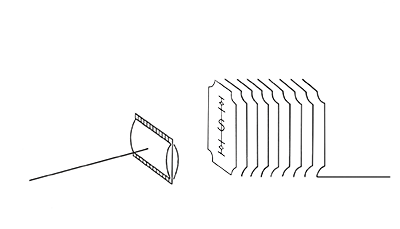 How: The basic product is offered for a low price or for free, but necessary technologically bound consumables are high-priced.

Why: Lower the barriers to the initial purchase and let subsequent recurring sales cross-finance it.

In the Bait and Hook business model, the core product is offered at a low price or even for free. On the other hand, complementary products that are necessary for the use of the core product are priced significantly higher, generating the majority of the revenue. The low cost of the core product serves as a lure to attract and retain customers.

The principal aim of this approach is to lower the barriers to purchasing the core product and, in doing so, win customer loyalty. The company expects to recoup its losses on the core product through the sale of complementary products, which are often used frequently and can thus be a particularly lucrative source of revenue. To maximize this potential, it is essential to prevent customers from purchasing these complementary products from competitors, which may be achieved through tactics such as patenting the complementary product or developing a strong brand. The razor and blade model is often employed in conjunction with a lock-in strategy, as exemplified by Nespresso.

Where did the Bait and Hook business model pattern originate from?

To understand the origins of the bait and hook business model, we must delve into the past. One of the pioneers of this strategy was John D. Rockefeller, who in the late 19th century began selling cheap paraffin lamps in China. However, in order to use these lamps, customers were required to purchase expensive fuel, which was produced by Rockefeller’s Standard Oil Company. This business model was so lucrative, with profits from oil sales allowing Rockefeller to become the wealthiest man in the United States and eventually the world.

The Bait and Hook business model is also called “razor and blade”, which can be traced to another influential entrepreneur, King Camp Gillette. In the early 20th century, Gillette introduced the concept of interchangeable razor blades. To increase blade sales, Gillette provided the corresponding razors to military organizations and universities for free. The disposable razor blade system was an overwhelming success, with over 134 million blades sold within three years of its release. Gillette is also a prime example of how patents can be effectively utilized in conjunction with the razor and blade model, with the Gillette Fusion razor alone protected by over 70 patents. This makes it challenging for competitors to enter the lucrative razor blade market and threaten Gillette’s primary source of income.

While the Bait and Hook model is well-known in B2C contexts, it is expected to see an increase in B2B firms utilizing this strategy, particularly in the after-sales business, such as in the machinery industry. This model is particularly effective when paired with lock-in effects. Companies are already using these patterns to defend their profitable after-sales and spare parts businesses from imitative competitors. To effectively leverage these business model patterns, it may be necessary to enhance patenting and branding capabilities.

Its razor handles are sold with a steep discount, whereas the disposable blade is expensive and bought frequently.

As the customer commits to a yearlong recurring monthly network subscription, phones are heavily discounted.

With the ThinkJet, the first inkjet printer (1984) for personal use, which was sold for as little as $495. The company primarily generated revenue through the sale of printer cartridges. This business model had a significant impact on the printer industry, with the bait and hook model still widely employed by printer manufacturers today.

As Nestle started to offer inexpensive coffee machines and expensive coffee capsules, they marked a departure from the traditional commodity mindset and resulted in tremendous success for the company, with revenues of approximately €2.9 billion in 2011. Nestlé has since applied the bait and hook model to other products, such as tea and baby food.