Sell the right to use a brand and business model 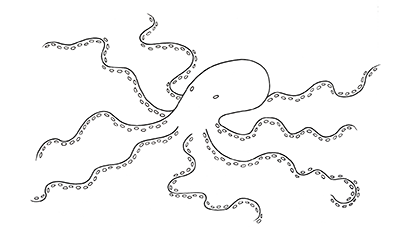 How: License brand, products, and corporate identity to independent companies, who carry the risk of local operations. Support with training, funding, buying power, regional advertising, lead generation, and a network of fellow franchisees.

Why: Expand without risk of debt or the cost of equity, without spreading top level managerial resources too thin, with invested and motivated managers, and with speed.

In franchising, companies sell the right to utilize their business model to franchisees. This system allows for rapid expansion into new geographical areas without requiring the resources or assuming the risks inherent in such expansion. Instead, these responsibilities fall on the franchisees, who act as independent entrepreneurs and handle the majority of transactions.

By purchasing a franchise, individuals gain access to a proven business model complete with its defining characteristics such as products, trademarks, equipment, and processes. This reduces the entrepreneurial risk associated with starting a business from scratch and offers the opportunity to benefit from the franchisor’s expertise in areas such as professional development and brand management.

The franchise model represents a win-win scenario for both parties involved. The franchisor is able to rapidly expand their business, while the franchisee is able to participate in the profits generated.

Where did the Franchising business model pattern originate from?

The concept of franchising can be traced back to medieval France, where it was primarily utilized by monarchs to allow others to produce goods in their name. With the onset of the Industrial Revolution, franchising spread to the private sector as well. One early example is the Singer Corporation, a manufacturer and distributor of sewing machines which provided franchises to retailers in specified geographical areas and offered financial assistance for the production and sale of sewing machines under license. In return, the retailers were responsible for training individuals to use the machines, allowing Singer to generate revenue from royalties on extended sales and benefit from a wider distribution network that would have otherwise been cost-prohibitive to establish on its own.

The Rise of McDonald’s

Franchising has played a significant role in the global success of fast food giant McDonald’s. Sales representative Ray Kroc was instrumental in expanding the brand nationwide by convincing brothers Richard and Maurice McDonald to let him use their restaurant concept. In 1961, Kroc purchased the rights to the brand for $2.7 million and went on to transform McDonald’s into the world’s largest restaurant chain, becoming one of the wealthiest individuals in the United States in the process. Today, McDonald’s operates in 119 countries worldwide, with aspiring entrepreneurs able to apply to become franchisees. Upon acceptance, the company provides the necessary information, equipment, and furniture for opening a restaurant, with standardization allowing for the sale of the concept as a whole. McDonald’s generates revenue and profits through premiums earned from its extensive network of global franchisees, focusing on providing competitively priced fast food while reducing costs on staff and other overhead expenses to increase customer throughput and profitability.

If you have already established valuable assets such as knowledge or brand recognition and wish to rapidly expand your business with minimal risk, franchising may be an appropriate pattern to consider.

The American fast food chain known for its submarine sandwiches and salads, operating in over 100 countries. Franchisees adopt the company’s business model and apply it to restaurants in various locations worldwide, with the menu varying to cater to regional tastes. Subway provides information, premises, and support to ensure consistent representation of the brand and receives royalties from its global network of franchisees.

The coffee company with stores worldwide, offering a variety of coffee and food products. Franchisees operate stores under the Starbucks brand, with the company providing necessary information and support to ensure standardization and consistent service. Starbucks charges an application fee to franchisees and receives ongoing royalties during operation.

The convenience store chain with locations worldwide. Franchisees operate stores under the 7-Eleven brand, with the company providing necessary information and support to ensure standardization and consistent service. 7-Eleven charges an application fee to franchisees and receives ongoing royalties during operation.

The leading supplier of cement and aggregates as well as ready-mix concrete, asphalt, and related services. In Indonesia, the company launched Solusi Rumah, a franchising business model offering a one-stop housing solution to Indonesian home builders. Franchisees, who may be concrete product manufacturers or retailers without their own production, operate outlets under the Solusi Rumah brand, providing architectural services, building materials, access to housing mortgage and microfinance, and construction and property insurance. Holcim receives an initial payment and ongoing royalties from franchisees.

The Danish vacation rental company with over 50,000 properties in 29 countries. Franchisees, who may be individuals or companies, operate under the Novasol brand and provide vacation rental properties to the company, with Novasol handling marketing, booking, and customer service. Novasol charges franchisees a fee for its services and receives a percentage of the rental income.