Enable customers to become producers and profit themselves 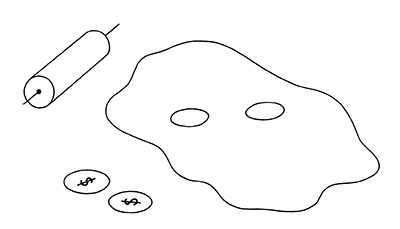 How: Integrate the customer into the value chain and consider allowing the customer to profit from the resulting product.

Why: As production is decentralized to consumers, the business has fewer investment and overhead costs for production. Having a hand in production, the perceived value of the product increases.

The prosumer pattern represents a shift in the traditional business model, in which companies enable customers to become producers themselves. By integrating the customer into the value chain, they can not only benefit from the resulting product, but also help to reduce the costs of production and overhead for the company. Through the use of its organizational infrastructure, the company retains control over the value proposition, while the consumer’s involvement in the production process increases the perceived value of the product.

The prosumer is at once consumer and producer. He is the person who is willing to design, engineer, and sometimes even produce his own product

The term Prosumer, as defined by Alvin Toffler in his seminal 1980s book “The Third Wave,” refers to individuals who are both producers and consumers. This concept has similarities to other business models that involve external parties in the value chain architecture, such as crowdsourcing. The prosumer pattern is also compatible with value capture approaches such as pay-per-use or sensor-as-a-service.

It is worth noting that while the term prosumer is sometimes used to refer to consumers who purchase high-end professional or business equipment, such as cameras, the pattern as outlined by Toffler refers to a broader societal shift towards a more collaborative and participatory economy. As technology and connectivity continue to advance, the prosumer pattern is likely to become an increasingly prevalent business model in the coming years.

Where did the Prosumer business model pattern originate from?

The origins of this business model pattern, marked by the convergence of producers and consumers, can be traced back to the self-help cooperative movements of the past. Amidst negative social events, such as the Great Depression of the 1930s, these movements emerged as a bottom-up response to the economic crisis of the time. Out of work individuals banded together, pooling their resources and expertise to provide for themselves and their communities.

In recent years, the proliferation of new sensor technologies, improved network embedding, and other technological developments have enabled greater tracking capabilities, further fueling the growth of this business model pattern. The ability to more accurately track and analyze data has enabled businesses to more efficiently connect with and serve their consumers, fostering a more symbiotic relationship between the two.

As technology continues to evolve, it is likely that we will see an ever-increasing adoption of this business model pattern. The benefits it offers to both producers and consumers make it an attractive option in today’s fast-paced, interconnected world. The future holds the potential for even greater integration and collaboration between producers and consumers, leading to more efficient and sustainable economic systems.

With Prosumerism gaining traction, it becomes crucial to research which goods and services people are most likely to start producing themselves. To better predict which products and services will be most appealing to prosumers, identify prosumption activities that promise high cost savings, require minimal skill, consume little time and effort, and yield high personal satisfaction,

As people increasingly seek to play a larger role in designing or producing certain goods and services they consume, manufacturers must study which stages in the production value-adding process people might want to perform themselves. Advances in technology, such as modern computers, will allow people to participate more in the designing the products they want.

While digital technologies have enabled consumers to take a leading role in any aspect of the production process, the actual form of prosumption that prevails on the market often has minimal involvement of the Prosumer. In many situations, full-scale prosumption is neither achievable nor desirable. Nonetheless, successful business models increasingly integrate some form of prosumption. For companies, involving prosumers is not only an obligation, but it can also be a significant source of competitive advantage.

The open-source hardware platform lets customers create their own products without interference from the Arduino company.

Energy harvested with its solar roof can be sold to the power grid, stored in own batteries, or used to power Tesla cars.

The company’s furniture is designed to be assembled by the customer, reducing the cost of manufacturing and distribution for the company and allowing customers to customize their purchases to their specific needs.

The camera company built its brand around user-generated content. The company encourages customers to share their videos and photos taken with GoPro cameras on social media, and even created a channel on YouTube to showcase the best user-generated content. This not only promotes the brand but also allows customers to feel like they are part of a community of content creators.