Rent Instead of Buy

Customers pay for the temporary right to use 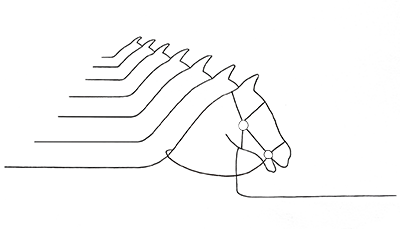 See also: Access over Ownership, Leasing, Pay Per Use

How: Offer your products or services on a rental basis rather than at a fixed price.

Why: Customers benefit from reduced initial acquisition costs and increased financial flexibility when opting to rent rather than buy products, particularly capital-intensive assets.

Rent for use, not possession

The term Rent Instead of Buy refers to the practice of offering products and services on a rental basis, rather than selling them outright. This option allows customers to access goods that they might not be able to afford to purchase upfront, while also avoiding the need to commit capital for an extended period of time. This can be especially appealing for capital-intensive assets, as it frees up financial resources for other purposes.

One key requirement for offering a rental option is the ability to finance the product in advance, as revenues from providing acecss, or renting out, will only be received at a later date. This is similar to the “Pay Per Use” model, but with the distinction that rentals are typically charged based on the duration of use, rather than the actual usage. It is not uncommon for there to be a degree of overlap between these two models - for example, rental car agencies may charge an additional fee for customers who exceed a predetermined mileage limit.

The Rent Instead of Buy model is closely linked to the circular economy, which represents an alternative to the traditional linear “buy, use, throw away” model. This shift in perspective highlights that the intrinsic value of an asset is not solely determined by the equipment itself, but rather by the use that is made of it and the performance gain that is obtained. This is what is referred to as the economy of use.

One of the most common applications of the “rent instead of buy” model can be seen in the realm of IT equipment, such as servers, computers, and printers. Renting these assets, as opposed to buying them outright, can yield a number of benefits. For one, it allows for a high-performance and homogeneous IT system, as the flexibility of an evolutive rental contract enables the replacement of outdated equipment with the latest technology at any point during the term of the contract.

Additionally, renting IT equipment can also result in significant cost savings, as it eliminates the need to bear the maintenance costs associated with outdated equipment. The flexibility of rental agreements also allows businesses to scale their IT infrastructure up or down as needed, providing an added level of cost-efficiency and adaptability.

Why is the Rent Instead of Buy business model interesting for businesses and customers?

There are a number of reasons why the Rent Instead of Buy business model can make sense for the customer.

For businesses, it caan make sense to offer renting over buying to customers for anumber of reasons.

What challenges will companies face s they implement the Rent Instead of Buy business model?

Where did the Rent Instead of Buy business model pattern originate from?

The practice of Rent Instead of Buy, dates back to ancient civilizations, with evidence suggesting that even the Romans engaged in such business transactions as early as 450 BC. This model was later adopted and applied to various sectors, including the medieval noble class, who rented out their lands to farmers in exchange for a tithe of the crops. In modern times, the most prevalent form of renting can be found in the real estate market, with a significant portion of apartments in German-speaking countries being rented rather than owned.

Applying the Rent Instead of Buy business model

The concept of offering products or services on a rental basis, rather than for a fixed price, is a widely applicable strategy. As consumer preferences shift towards a desire to use and access goods rather than necessarily owning them, industries ranging from consumer goods to automotive are starting to adopt this trend. It is likely that other sectors will follow suit in the near future.

Customers rent hosting space from Dropbox, eliminating the need for physical hard drives shared over internal networks, which was the standard way of sharing files before Dropbox arrived.

In the late 1950s, Xerox pioneered the supply of photocopiers on a rental basis to overcome high initial equipment expenditures.

Blockbuster, a rental service for videos, DVDs, and online films, reached its peak in the late 20th and early 21st centuries with 60,000 employees in 17 countries worldwide. However, mismanagement and increased competition led to significant revenue loss and bankruptcy in 2010.

Airbnb is an online marketplace that allows people to rent out their homes or apartments to travelers. Instead of staying in a hotel, travelers can stay in someone’s home and get a more authentic experience of the local culture. This model has disrupted the traditional hotel industry and it has allowed people to make money by renting out their homes when they’re not using them.

Rent the Runway is an online service that allows people to rent designer dresses and accessories for special occasions. Instead of buying a dress or outfit that they’ll only wear once, customers can rent it for a fraction of the cost. This model is particularly popular with women who want to wear a designer dress to a special event but don’t want to spend a lot of money on it.

WeWork is a co-working space provider that allows people to rent office space on a flexible basis. Instead of buying or leasing an office, customers can rent a desk or private office on an as-needed basis. This model is particularly popular with freelancers and small business owners who don’t need a full-time office, but still want a professional place to work.