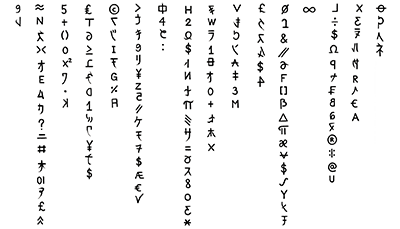 How: Break down your entire product’s value proposition into such small offerings that the customer is willing to pay for each separately.

Why: Instead of charging a lump sum up front, customers pay as each value proposition comes relevant.

A virtual economy is an economy that emerges within a virtual world, typically through the exchange of virtual goods in the context of an online game, particularly in massively multiplayer online games (MMOs).

Individuals enter these virtual economies for the purposes of recreation and entertainment, rather than out of necessity. As such, virtual economies often lack the practical aspects of a “real” economy that are not considered enjoyable, such as the need to purchase food in order to survive. Avatars within virtual economies typically do not have any biological needs.

However, there are those who do interact with virtual economies for the purpose of obtaining “real” economic benefit, such as the selling of virtual currency for real money in what is sometimes referred to as “open centralised marketplaces”.

Types of marketplaces: Centralized vs Distributed and Closed

Marketplaces can be described among to axes: centralized vs distributed and closed vs open.

In closed centralized marketplaces, the majority of the marketplaces are owned by a gaming publisher that sets the rules of the virtual world, oversees its economy and facilitates the creation of virtual assets. Game publishers and developers typically determine or manage every aspect of their economy - from the supply of resources, through pricing, to capital controls. Within these worlds, users - sometimes in the tens of millions - can build, earn, buy or sell virtual goods and services, often using one or more in-game currencies. Inflation, deflation, bubbles and even recessions can occur.

As the ultimate owner of everything created on the platform, the publisher typically does not permit the external sale or transfer of those assets beyond the gaming environment. This makes it difficult to commercialize them for real money, save for the illicit trade of virtual goods on grey and black markets.

On the other hand, open centralized marketplaces within games or other virtual worlds bear many similarities to closed in-game marketplaces but allow the purchase or sale of assets within the platform or externally. For example, users can sell game assets for money, or exchange game currency for real-world currency. Most of these transactions are made inside the platforms themselves, which means the transactions occur on a marketplace that is owned and operated by a publisher.

The virtual goods ecosystem ranges from individual gamers looking to exchange or sell an item, to “commercial” vendors who specialize in acquiring coveted items specifically for resale.

There is a growing interest in creating and trading virtual assets represented as tokens, especially in online social games built on the blockchain.

A token can represent any asset, such as a painting or a digital skin, or a utility, such as a token that gives access to streaming on a video streaming service. Tokens represent a new way to own digital goods and services, and unlike traditional physical assets or money, they can be programmed, which gives them more flexibility and variety. Developers can also cap the supply of certain tokens, making them a scarce resource.

Non-fungible tokens (NFTs) are a type of token that represents unique digital items on the Ethereum blockchain. NFTs could be collectibles, game items such as weapons and skins, digital art, virtual real estate, event tickets, social network handles, and even ownership records for physical assets. Unlike other tokens like cryptocurrencies, NFTs are not interchangeable and have a clear trace of ownership that is preserved on the blockchain. Since they are standardized in their programming, they can easily be exchanged on open markets.

As the value of tokenized virtual assets increases, they can be traded, insured, and securitized. In the right circumstances, users might also be able to obtain loans from their NFTs and lease them if they don’t use them often. And if NFTs and other virtual assets are in high demand, users would want to buy and sell them on trusted platforms for other virtual assets, cryptocurrencies, or real money.

Where did the Virtual Economy business model pattern originate from?

The concept of virtual economies is not a new one, having been observed in MUDs (multi-user dungeons) and massively multiplayer online role-playing games (MMORPGs) for many years. However, it is in MMORPGs where the largest and most developed virtual economies can be found.

More recently, life simulation games have taken radical steps towards linking virtual economies with the real world. This can be seen in the recognition of intellectual property rights for assets created “in-world” by subscribers in Second Life, as well as its laissez-faire policy on the buying and selling of Linden Dollars (the world’s official currency) for real money on third party websites.

When attempting to apply the Virtual Economy business model, it is essential to consider several key factors to ensure the success of your platform. Some of the most important considerations include the core interactions of your platform, the design principles that guide its development, the iterative process of virtual economy design and management, the importance of interoperability and accessibility, and the tracking of key metrics to ensure the health and stability of your virtual economy.

Creating Value in a Virtual Economy

Value in a virtual economy is closely related to the functions available and how they are used. To begin with, it is important to map out the functions of the platform. Two categories of value can be identified - planned value, which developers have created by design, and unforeseen value, created by users acting unexpectedly.

Unforeseen value is particularly interesting as it is generated when users or groups find creative new ways to create value through the platform. These uses may take the founding teams by surprise. Each function usually has quantified known value and in many cases unforeseen value. For instance, having a million followers on Instagram will give validation to the account owner that they are posting popular and in-demand content, the unforeseen value may be that the account owner can now charge others for posting promotional content on their account, or sell their account altogether for real money.

Value can be created on every platform. As the platform developer, it is important to clearly define how value can be created in the environment being built. Value flows directly from the functions made available for the users, and in many cases, combinations of different valuable activities create their own niches and cult fan bases.

For example, a twitter account with 10,000 users has a certain value associated with it, while a twitter account with far fewer followers but with a blue tick for a verified profile has another type of value associated with it. If these two types of values were combined, the combined account (i.e., 10,000 users + a verified blue tick) would have a far higher value than either of the two accounts by themselves.

Value can be earned and value can be bought. As mentioned earlier, value is often traded on unsanctioned auction sites that the platform creators aren’t even aware of. Several platforms and games allow their users to purchase value within their own ecosystem itself. For example, Call of Duty’s game developers decided to call their in-game market ‘Black Market’. A user who posts engaging content on a social platform and builds up a fan following of 10 million other users can then sell their user profile to someone for a significant amount of money.

Defining how users can buy value will help in properly defining how to create an exchange and keep a pulse on the economy of the platform, sanctioned and unsanctioned.

Rewards are an extremely important strategic component of virtual economies as they serve two critical functions:

Rewards can strategically be added or removed from a virtual environment to curb inflation or tackle deflation Rewards can be used to encourage or discourage types of economic activity on the platform Some rewards can be dependent on other factors in the environment, such as time spent on the platform, rank or high scores. It is important to map out the rewards and how they are unlocked or won by the users. This will provide a clear understanding of the economy and help in making strategic decisions.

Strategies for Incentivizing Users in a Virtual Economy

There are a number of ways in which you as a platform designer can provide benefits for users of a Virtual Designer.

Virtual Economies operate with a variety of different virtual currencies.

Players in the popular multiplayer game can buy weapons and equipment to boost their game character.

On the gaming platform, creators can sell and trade virtual goods – even for games the company doesn’t own.

In addition to playing games on the massively multiplayer online game platform, users can also buy and sell virtual items and currency within the game, creating a virtual economy. This virtual economy has grown so large that some users have even made six-figure salaries from buying and selling virtual items.

Minecraft is a sandbox video game where players can build and explore virtual worlds. In addition to building and exploring, players can also trade resources and items with each other, creating a virtual economy within the game. This virtual economy has grown so large that some players have even made a living by buying and selling virtual items.

CryptoKitties is a blockchain-based game where players can buy, sell, and breed virtual cats. These virtual cats are unique digital assets that are stored on the Ethereum blockchain, creating a virtual economy based on cryptocurrency.

The popular game features a virtual economy where players can purchase virtual items, such as skins and emotes, using in-game currency or real money. Fortnite has generated billions of dollars in revenue through its virtual economy, making it one of the most successful examples of the virtual economy model in the gaming industry.

Habbo Hotel is a social networking game and virtual world where players can create and customize their own avatars, build virtual homes, and interact with other players. The virtual economy in Habbo Hotel is based on the Habbo coin, which can be purchased using real money or earned through in-game activities. Habbo Hotel has been successful in monetizing its virtual economy through the sale of virtual goods and currency.